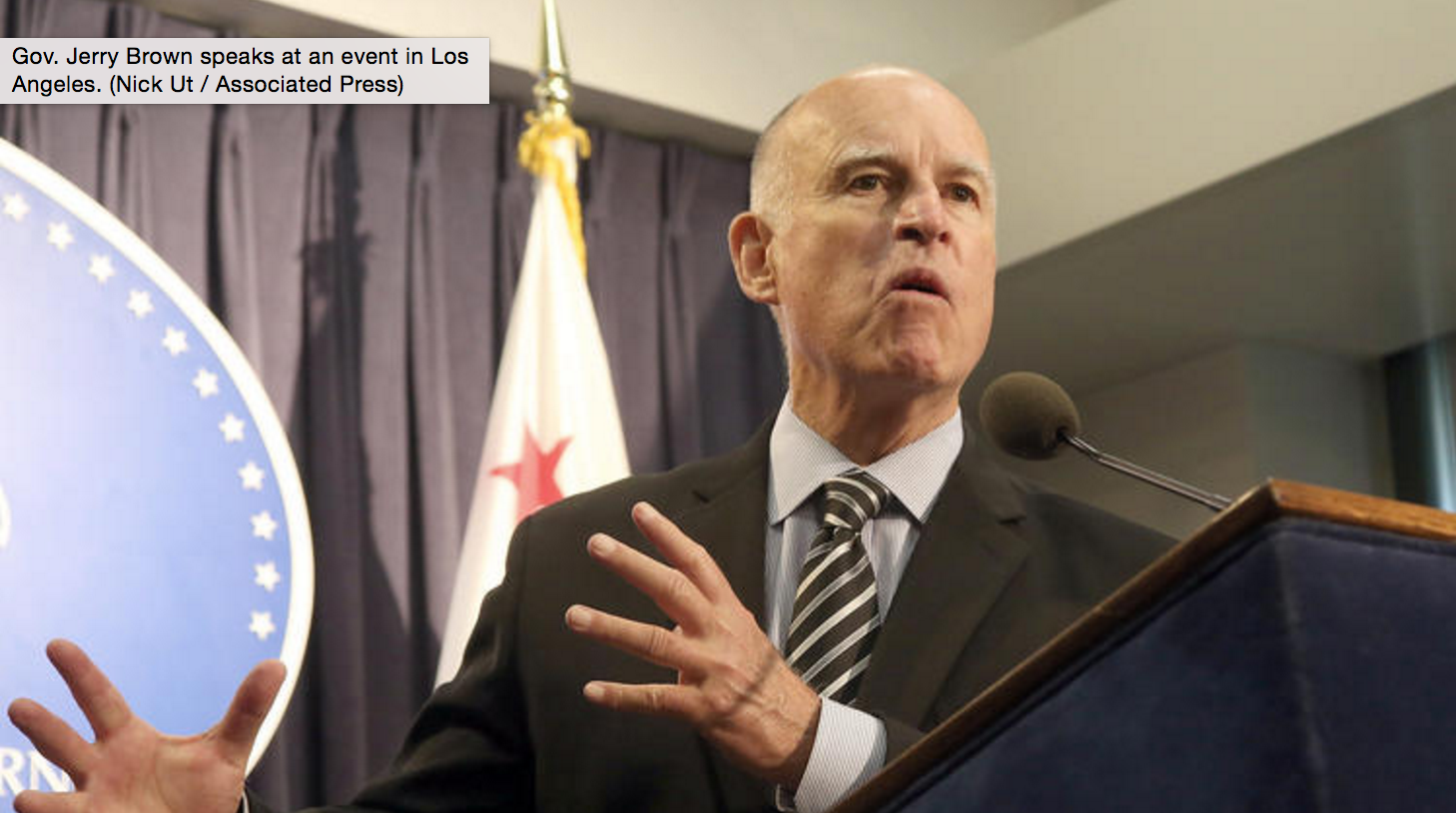 Gov. Jerry Brown on Friday signed six gun-control bills into law, including a requirement that ammunition purchasers undergo background checks. The governor vetoed five other measures, including an expansion of the use of restraining orders to take guns from people deemed to be dangerous.

“My goal in signing these bills is to enhance public safety by tightening our existing laws in a responsible and focused manner, while protecting the rights of law-abiding gun owners,” Brown wrote in a message.

Brown approved bills that would ban the sale of semiautomatic rifles equipped with bullet buttons allowing the ammunition magazines to be easily detached and replaced.

Vetoes included a bill that would have allowed co-workers, mental health workers and school officials to petition the court for a “gun violence restraining order” for people judged a danger to themselves and others. Such orders would allow guns to be confiscated for a year.

In vetoing the bill, Brown wrote that he had agreed last year to approve a law allowing family members and law enforcement to petition the courts for restraining orders. "That law took effect on Jan.1, 2016, so at this point it would be premature to enact a further expansion," he said.

The governor’s action comes one day after the Legislature approved 12 gun-control bills that were introduced in response to the December mass shooting in San Bernardino that killed 14 people. The bills gained legislative momentum after last month's massacre in Orlando that claimed 49 lives.

The National Rifle Assn. Institute for Legislative Action accused the governor of exploiting the terrorist attacks for political gain.

“Gov. Jerry Brown today signed a Draconian gun control package that turns California’s law-abiding gun owners into second-class citizens,” said Amy Hunter, California spokesperson for the group. “ The governor and legislature exploited a terrorist attack to push these measures through even though the state’s already restrictive laws did nothing to stop the attack in San Bernadino.”

Bills the governor signed will:

— Ban possession of ammunition magazines that hold more than 10 bullets.

Bills the governor vetoed would have:

— Put an initiative on the November ballot to clarify that theft of a firearm is grand theft and is punishable as a felony.

— Require those who make guns at home to register them with the state and get a serial number so the weapons can be tracked.

— Required stolen or lost guns to be reported within five days.

On the latter bill, Brown wrote: “While well-intentioned, I believe this bill would have the effect of burdening lawful citizens who wish to sell certain firearms that they no longer need,” Brown said.

Brown acted on the gun bills just before he left for a European vacation expected to last a few weeks.